Out in Tech U's Mentorship Program

Out in Tech U’s Mentorship Program pairs LGBTQ+ youth aged 17-24 with tech professionals from Out in Tech’s membership. Each mentee will learn a mix of technical and professional skills needed for launching a successful career. 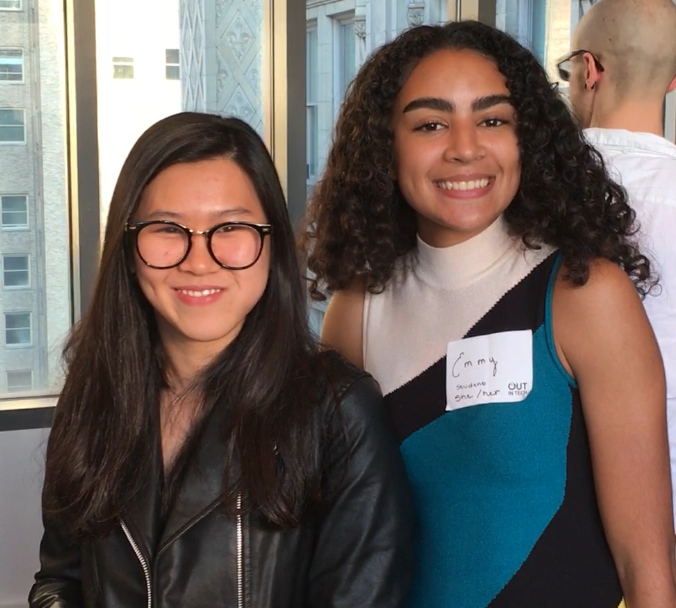 Anyone between the ages of 17-24 is welcome to apply to be a mentee. We encourage any students interested in programming, data, or design to apply (and no previous experience or coursework is necessary to apply). Those applying for the NYC mentorship program should live in the New York Metro area. Remote mentees can be anywhere.

When can I apply?

The official applications for Spring 2022 will open in January 2022. You can already express your interest, and we'll be in touch when the applications open.

How many hours per week should I expect to commit?

Mentors are expected to commit approximately 3 hours per week, with 2 hours dedicated to meeting with your mentee (these can be blocked together, or as two 1-hour sessions). One hour is dedicated to developing students' career-oriented skills to prepare them for the working world (e.g., information about career paths, interviewing skills, and resume building); the second hour is dedicated to building the student's project (see below for more information).

If accepted as a mentor, what are my immediate next steps?

Paired mentors will need to complete a background check in order to work with students. We will provide more information when that process begins.

Mentors and mentees will identify areas of interest and go through interviews with members of Out in Tech. Based on the application and those conversations, the Out in Tech U Admissions team will make the final pairings.

What type of mentors are you seeking?

For mentors, ideal candidates will be experienced STEM professionals comfortable helping students with small technical projects. However, we welcome volunteers from a broad range of tech-related fields, including sales, marketing, design, etc.

Who designs the curriculum?

Out in Tech will provide a suggested skeletal outline of topics and activities to cover during your mentoring sessions. However, mentors and mentees are encouraged to use their creativity to build on this, dedicating time on particular areas of mutual interest and expertise. Mentors and mentees will spend time each week developing both functional and career-oriented skills for a future in tech.

How do you decide on a project for the mentees?

Mentees will be asked to work on a small project that they expect to complete in eight weeks. They will then have the opportunity to present their projects as part of the program's graduation. Mentors should guide initial project selection, and can help refine or modify projects, as necessary, throughout the program.

Where do the meetups happen?

If you're selected for the NYC Mentorship program, mentor/mentee meet-ups will ideally be done in-person, at a time and place of mutual choosing. At least 2 events will be hosted at various sites around the city - dates/locations are still to be determined.

The majority of participants are part of the digital program, which means that all meetups between mentors and mentees will be done virtually (as well as a series of digital events throughout the 8 weeks).

This is a case-by-case situation. Some students may have their own laptops on which to work on their projects. For NYC-based students without, we may ask mentors to bring a laptop with them to mentoring sessions. Either way, Out in Tech is committed to ensuring every student and mentor has the necessary equipment to be successful in the program.

What if I'm not out, am I able to apply?

Of course! Out in Tech understands and respects the decisions of all its members, and will always withhold any public marketing or sharing of information at your discretion. 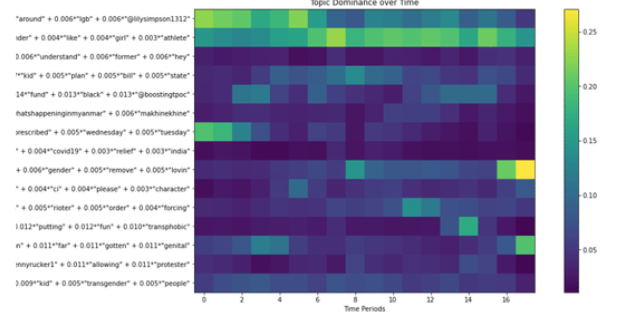 In this project, we analyzed a few million tweets that contained terms relating to trans people to see what insights can be gathered from the conversation. We utilized several unsupervised learning algorithms and NLP techniques, such as LDA and Word2Vec. We were able to separate out significant topics at the moment, including as anti-trans bills being debated, or Caitlyn Jenner running for office, or hate crimes occurring. We were even able to approximate when certain events occurred or certain topics became more relevant than others, and display a heatmap of those occurring over time. 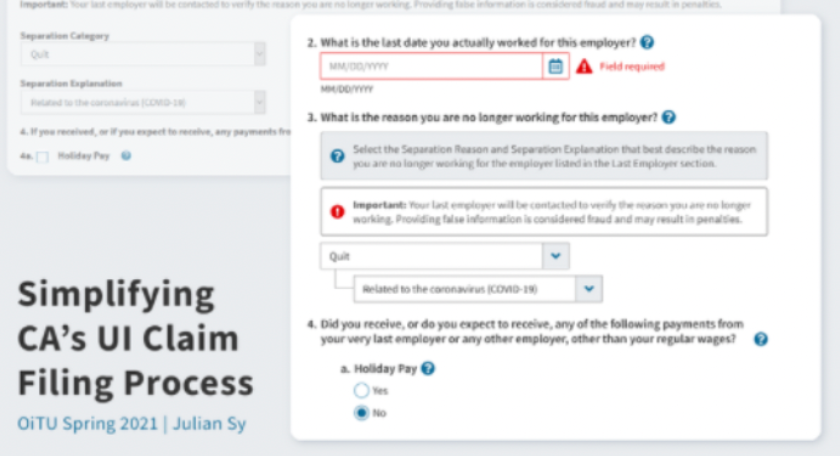 The unexpected load on California’s safety net services brought its existing issues to the forefront. Many improvements will require legislative change on the state and national levels. In the interim, changes can be made to the filing process’s design to decrease stress on applicants and employees alike. This project aims to empower qualifying Californians to confidently submit their unemployment claims, thereby reducing the amount of cases which are falsely flagged for manual fraud review. 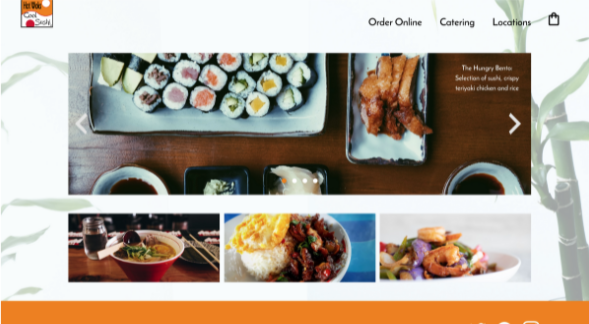 Knowing how important it is for restaurants to have a solid, easy-to-use website, I decided to help one of my favorite local Thai restaurants revamp their website. I worked on creating a more clean, professional look to the website, while also improving the check out experience.